Cookies help us deliver our services. By using our services, you agree to our use of cookies. Find out more

Alcalar: The largest Neolithic and Chalcolithic graves and settlements of the Algarve in the municipality of Portimão north of Alvor 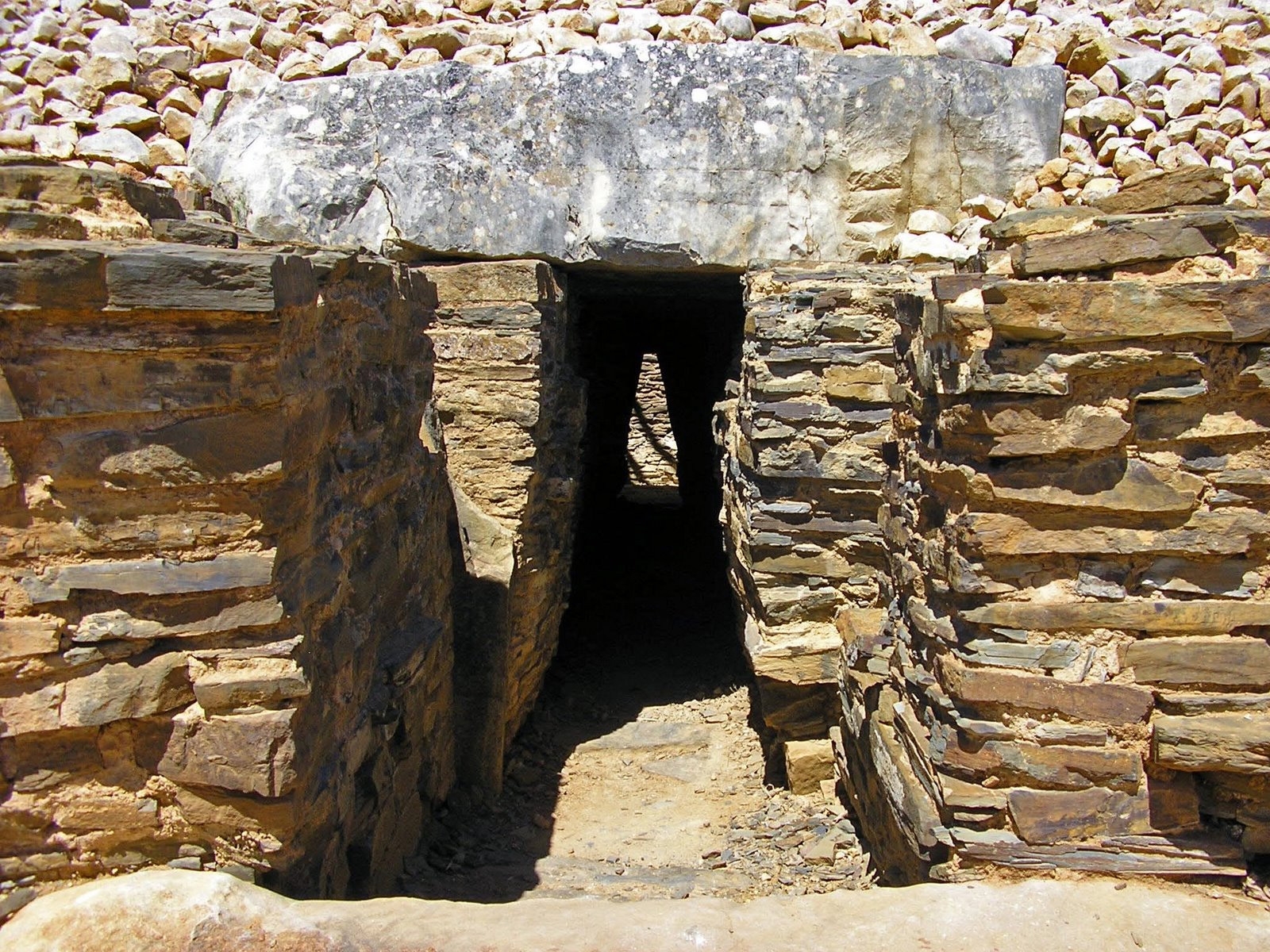 In the third millennium BC, the focal point of the territory stretching from north from the Alvor inlet to the foothills of the Monchique range was a settlement measuring over 10 hectares located at the end of a once navigable section of the Torre river. This settlement stood on a hillock next to what is now Alcalar, some five kilometres from Mexilhoeira Grande, in the Portimão area and in the midst of the Algarve’s barrocal (limestone coastal strip).

Other inhabited sites grew up around this central settlement and around eighteen megalithic tombs were built in different groups on the surrounding low hills, forming a necropolis with a wide range of architectural styles.

Monument 7, a funeral temple built in the third millennium BC, is the best preserved tomb in the necropolis and has been the focus for conservation and restoration work. It consists of a cairn – a mound of stones around a tholos, a construction with a corridor and a crypt covered by a vault. The mound is surrounded by a low schist wall that continues over the stone filling to form a pathway that runs all around the monument. The diameter of this circular building reaches almost twenty-seven metres and has a straight, east-facing façade with the only access to the monument in the centre. Access to the crypt itself is then via a long, narrow east-facing corridor covered with large slabs of limestone. In a clear attempt to restrict access to the crypt, the corridor is divided into ever-narrower sections, marked by vertical monoliths and raised door-stones. The crypt, whose flooring is covered by a limestone slab, lies at the geometrical centre of the tomb.

This text is an extract of the article published by IPPAR - Instituto Português do Património Arquitectónico in its website.